When I first discovered Lou Doillon I was in awe with her ability to look so disheveled yet at the same time so put-together. While her mother Jane Birkin and sister Charlotte Gainsbourg keep it simple and stick to the basics, Lou is more like a fashion tornado. Her wild hair, signature hats, and mix of designer and vintage pieces always seem just a little bit off, but in the fashion world where there is a constant search for the next great thing, a little bit off can be right on.

As the daughter of French icon Jane Birkin and film director Jacques Doillon, Lou’s upbringing included both elements of a bourgeois and a hippie lifestyle. As she grew older Lou began rejecting her bourgeois side, pretending to have no money and shopping at thrift stores. By age nine her style included dread locks and Grateful Dead t-shirts and just two years later she had her first tattoo and tongue piercing. According to Lou in a 2001 Interview Magazine article, “When I was about 15 years old, I was living in Paris and I was insane, very wild. I had red hair and piercings all over my body. I was taking drugs and not really caring about anything. My papa thought that putting me in one of his movies might help settle me down, so I did his movie Trop (peu) d’amour and I just loved it. And he was right: it calmed me down. It made me a new person.” Lou continued her career in film and is today considered a European cinema star.

The following year Lou entered the fashion industry as a model. Always the provocateur Lou quickly took the fashion world by storm and just three years later became the face and muse for the Givenchy fashion house. Although Lou had gained the respect of the elite in the fashion industry her wild-child reputation lingered, earning her a spot in the 2007 edition of the infamous Pirelli Calendar and a pictorial in the March 2008 issue of French Playboy.

Lou’s upbringing, career success, and personality on and off the runway garnered her it-girl status, however, she was more interested in furthering her career than idling in her fame. In 2007 she was approached by the iconic denim brand Lee Cooper to design a line that would add a fresh point of view to the 100 year old company. After negotiations Lou earned a three year contract allowing for extensive creative freedom, and the new title of fashion designer. Her first collection featured high-waisted trousers and tiny jackets inspired by the Artful Dodger of Oliver Twist and was a hit in the fashion world. And with only a year of designing behind her Lou Doillon’s presence in the fashion world is just beginning.

Click here to read a Nylon interview with Lou Doillon 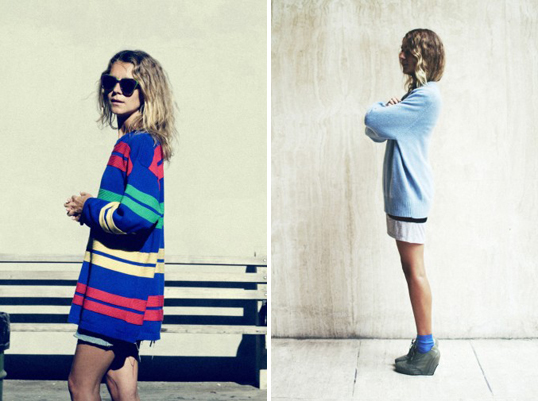 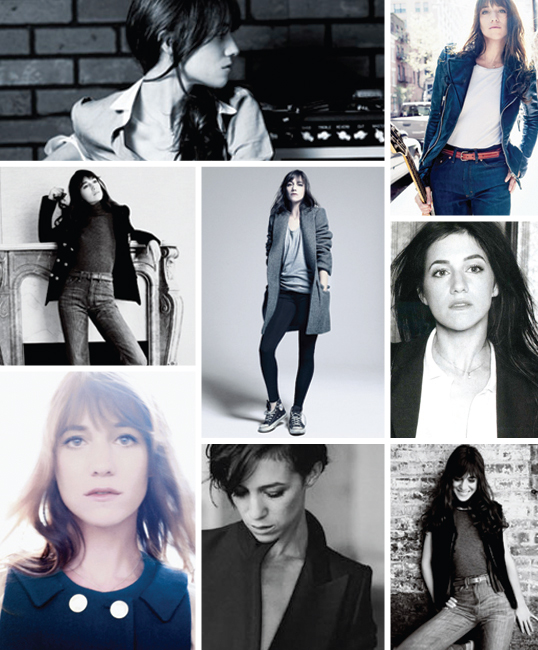